Skip to content
HomeLearning mother lessons from the dog 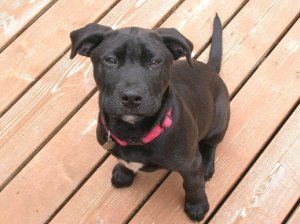 I came home from church choir, weary and glad to finally relax. A soak in the spa would feel great. But it was not to be.

As I opened the door of the dimly lit laundry room/dog room, Annie jumped on me, smearing something dark on the left leg of my jeans from knee to crotch. Mud, I thought. The floor was also covered with black. What was going on? I turned on the overhead fluorescent lights and gasped. It was not mud. It was blood. Blood in the shape of dog footprints.

Where was it coming from? I lifted up the front end of each four-month-old dog, looking for blood. I checked Annie’s mouth, feet and even under her tail to see if she had come into heat early. Then it was Chico’s turn. Oh God. He was bleeding heavily from the little toe of his left front foot. It looked as if someone had sliced it down to raw, bloody meat. The nail was completely gone. It appeared some of the toe was missing, too, but it was hard to tell with so much blood.

The puppy resisted inspection, although he didn’t seem to be in much pain and appeared to walk all right. I blotted with paper towels, one after another covered with blood. I had blood all over my hand in a minute, but I didn’t care.

I needed a closer look. I tried to lift all 30 pounds once and failed, took a deep breath, gave it all my strength and hefted him onto the washing machine, “Mom’s” examining table. Blood all over the white Maytag. It didn’t matter. I looked at his wound, felt sick at heart, and set the dog back down. I cleaned the washer with a baby wipe.

Chico kept licking blood off the concrete floor as I tried to wipe it off with paper towels. Annie kept biting at the towels. With every step, Chico spread more blood. Oh my God, I thought, something has cut off his toe. My perfect puppy is maimed.

He was still bleeding. I took him inside, not caring about the blood dripping on the kitchen floor and the beige rug in the den. It was 10 o’clock at night. Sitting on the floor, holding Chico next to me with one hand, I dialed the vet’s phone number and got the answering service.

“My puppy has hurt his foot and I don’t think it can wait until morning.”

The gruff woman said there were no emergency vets available that night. She could give me the number for a vet in the Valley . . .

“No, I can’t do that.” Not when I was too tired to drive an hour and a half of mountain roads, not when Chico was walking around just fine despite the blood.

“Well, Chico, I guess we’re on our own till morning,” I told the dog.

Back in the laundry room, I sank down onto the bloody floor. Chico walked over me, bleeding onto my bare ankle. It did not matter. All that mattered was that Chico be all right.

We sat vigil. Eventually the bleeding slowed. The puppies went into their crate, snuggling up together for the night.

I re-filled the water dish, put out the pee pads and locked the doors, saying a prayer that God take care of Chico.

Early the next morning, I dressed quickly and greeted the dogs. Chico’s wound was dry, with a magenta hole in his toe. It was just the nail that was gone. Still, I skipped breakfast and called the vet as soon as they opened. I listened to the hold tape, Mozart, interrupted three times by “Your call is important to us . . .” before Denise at the desk listened to my problem and told me there was nothing they could do. I should watch it and put pressure on the wound if it bleeds again.

“Will the nail ever grow back?” I asked.

The dogs, seeming to know that Chico was injured, spent the morning lying around on the deck instead of their usual roughhousing. I joined them, ignoring work and husband to snuggle with my puppies.

Mothers, even mothers of puppies, will do anything to keep them safe. If Chico had been hurt worse, I would have driven to the valley, arriving at midnight, probably getting lost on the way. I didn’t care about the blood on me. Whatever I had to sacrifice—sleep, clothes, my spa soak, a big vet bill–I did not care. I just wanted him to be all right.

Of course I know these are dogs, but when your family consists of two adults and two puppies, that’s your family, and you’re the mommy.

The lesson that motherhood teaches is that we are not the center of the universe; if we don’t have children, we must learn that lesson some other way or remain perpetual children. I may be late to class, but I’m learning more every day. 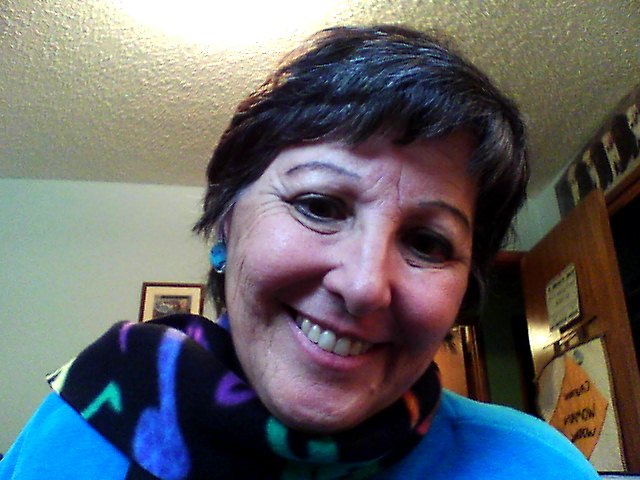