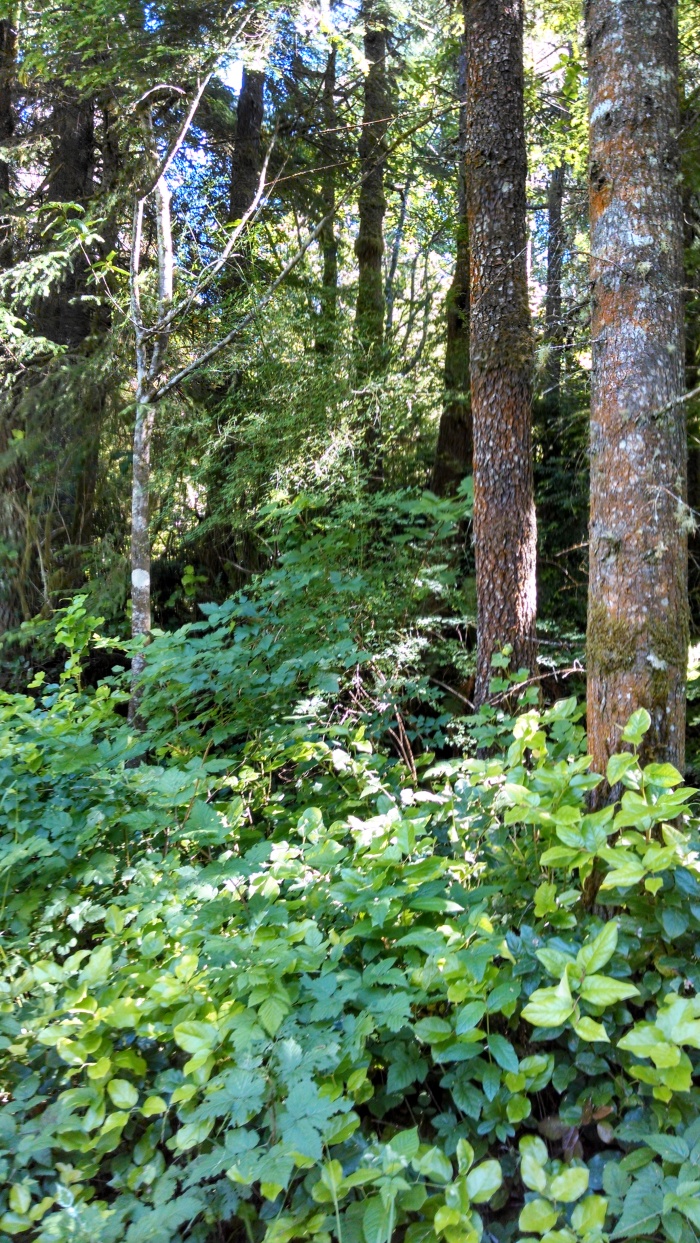 COVID-19, the coronovirus, is splitting up families. One of my friends is afraid he’ll never see his parents alive again. They’re in a nursing home, and visitors are not allowed. Indeed, as of Monday, in Oregon and a growing number of other states, we have all been ordered to stay at home. It’s a misdemeanor, punishable by a fine or time in jail, to venture out on a “nonessential” trip. The idea is to stop the spread of the virus. Instead, we’re spreading fear and isolation. It can’t be avoided, I suppose, but it’s painful.

My aunt, just a few years older than I am, lives across the street from her son’s family in Santa Clara, California. Because she has some serious health problems and because the grandchildren have been out and about until very recently, she is not seeing them now, except on her telephone. Those kids have been part of her everyday life since they were born. With her job winding down and all social activities canceled, she is suddenly as isolated as I am.

My friend Bill lives in an assisted living facility. Going on two weeks now, the residents have not been allowed to go out, and no visitors are allowed in. Their meals are dropped off outside their doors. Used to socializing and going out for lunch, shopping and church, he says he’s going stir-crazy. He can’t see his friends. He has no children, but he’s worried about his sister’s family in California. The lockdown is meant to keep him safe, but he feels like he’s in jail.

My life is not so different from usual these days. I miss my church and my writing and music groups, but most days I still do the same old things: writing, practicing music, walking the dog, interacting on Facebook, doing my chores, eating, and watching TV. I live in the coastal forest. When I step out the door, I rarely see other people. I’m already isolated.

I’ll be slipping out for groceries and mail today. I’ll be walking my dog. I’ll telephone at least one friend I know is also alone. And then I’ll go back to my solo life.

All anyone talks about these days is the virus. Newscasters seem to have forgotten everything else happening in the world: wars, natural disasters, terrorist attacks, immigrant parents and children separated at the Mexican border, even the upcoming U.S. election. Jody Day, whom I wrote about last week, says comments have dropped off on her blog. The same thing has happened here. Have we become so distracted by the pandemic that nothing else matters right now? What is your thinking about having children in this crazy time? How are you doing? Please comment.

An elderly cancer patient in North Carolina called 911 recently to ask someone to buy him some food. He’s what a new study is calling an “elder orphan,” one of more and more older people who have no kids, no spouse, and no one to take care of them.
The study by Maria Torroella Carney, MD, shows that nearly one-quarter of Americans over age 65 are currently or at risk to become “Elder orphans.” It’s a growing population that is often invisible to the people around them, alone in their houses struggling to survive. One-third of older Americans are single, a 50 percent increase since 1980. The latest census figures show 19 percent of American women are ending their childbearing years without children. Thus they wind up alone.
I’m very much in danger of being one of those people. I live alone in the woods with no husband and no kids. My family is small and far away. I do have friends and helpful neighbors, but I have a hard time calling on them for help.
Just like my dad. My father is 93 years old and has lived alone in the house in San Jose where I grew up since my mom died in 2002. My brother and I do our best to help, but neither one of us lives nearby. Dad has heart problems, struggles to walk since he broke his hip last year, and falls way too often. He puts off going to the doctor or renewing his many medications because, although he can still drive, he doesn’t understand the medical system very well and the Kaiser Hospital where he goes is so crowded there’s no nearby parking. His house is falling apart around him because he can’t do the maintenance anymore, and his cooking is . . . interesting.
I just returned from San Jose (Did you miss me?). I had planned for a vacation-type visit, but the day before I left, Dad’s doctor decided he needed to have his pacemaker replaced immediately. So I took him to the hospital, interacted with doctors and nurses, picked up his prescriptions, and played caregiver again. He’s fine. But what if I wasn’t there?
Have I told you about Dad’s fall last August? He went down in the backyard. Broke his hip. Crawled all the way across the yard, through the garage and out to the driveway, where he lay waving his hat until a neighbor saw him. This took hours. Thank God the garage door was open. I could not have stopped him from falling, but I could have prevented the torture that followed. I spent a month taking care of him, but then I had to come home. I feel so guilty, but he wants me to live my life, and he wants to live his. He’s proud of being independent. He’d rather die alone in his backyard than in some senior facility.
Let me tell you about Dick and Ann. They’re in their late 80s. Ann is nearly blind. Dick, a burly guy with a strong Massachusetts accent, has been suffering from all kinds of health problems, including pneumonia, heart disease, and legs that just don’t want to work. Ann has a son somewhere, but he’s not around. Their neighbors, friends from our church, take care of them. They drive them around, make sure they have food, and take them to their doctors’ appointments. They do the same for an old woman on their block who lives alone. My friend Cathy even manages her finances because she can’t do them anymore, and the one time her son took over the checkbook, she wound up missing $5,000.
What I’m saying is having kids does not guarantee you won’t become an elder orphan. My brother and I call Dad every week. When something happens with him, we both get there as quickly as we can, but that may not be quickly enough. And we’re not there for the day-to-day needs, the cooking, cleaning, shopping, and just keeping him company. When I visit Dad, he talks and talks, like he’s been saving it up for years. When I leave, I feel incredibly guilty.
My friend Terry, who is about 60, has a plan. She has three grown children and a husband with some serious health issues, but she expects to be alone eventually. Her plan is to rent out her extra bedrooms to other women and create a “Golden Girls” household where they share the house and watch over each other. It sounds good to me. I think I’ll be “Dorothy,” the sensible one.
What I’m saying is that kids or no kids, we’re in danger of ending up alone in our elder years. But if we don’t have children, it’s more likely to happen. We need to make plans. Set up an advance directive and power of attorney. Choose someone who will manage things for us if we can’t. Reach out to other people who can help. It’s hard. I’m not good at asking for help, and I want to control everything. But I know who to call, and I’ve got in writing. You should do the same. Someday I’m hoping to move someplace less isolated, but meanwhile, since I don’t think my dog can dial 911, I have to take care of myself. So should you.
To read about the study, visit “Elder Orphans: Childless, Unmarried Baby Boomers Warned to Prepare for Future.”
I’d love to hear your comments on this.